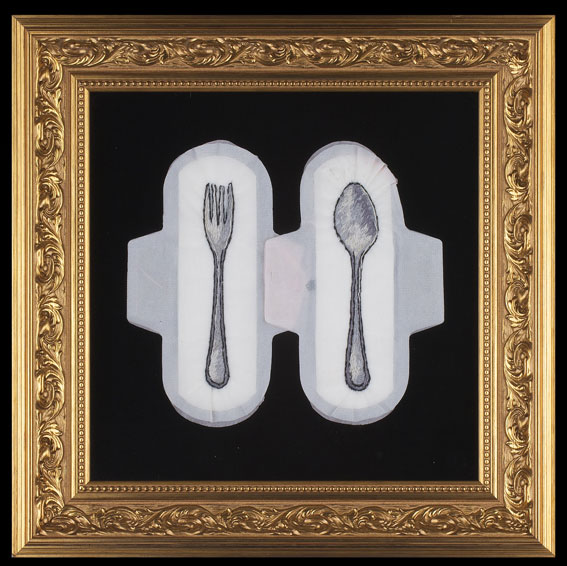 It is left unfinished. There was no heart and soul to finish it off as there was no hope of exhibiting it in Iran. No official or unofficial gallery would hang such things on its walls. Things which tickle social and moral taboos. The official ones know where they stand and the unofficial ones prefer to do simple and easy works which do not raise hell either with government agencies or their viewers. They have to be something beautiful, acceptable and saleable. But these works draw frowns from both friends and acquaintances.

Its idea came to me after the Abu Reyhan series when I had placed all my daily belongings on the copying machine. From my painting materials and unwashed glasses to dead cockroaches and wrenches and necklaces and … then my sanitary pads stained from various days with drops of light or heavy blood on their surfaces. Bloody sanitary pads as that part of womanhood which must always be hidden.

I remember the first time I got my period at twelve; my sister gave me Letter to an Unborn Child by Oriana Fallaci to read. It threw me into a womanly world with its musts and must nots and its shares and boundaries. Even though gradually I found out these boundaries were more pronounced on this side of the world. From that day I had to become a wiser girl and acts appropriate for boys were not so for me. One by one the boys in our street would be killed in the war and our part was to cry and embroider infant bibs in the arts and crafts session at school. We got older and our share of life was determined. It was decided that the men, however they wanted, run the world with money and politics and we, beautiful and kind and patient and quiet, help them out without a vote nor an opinion. All that was wanted of me at home, school and television, was being a woman in its sole sense of the word but only as far as it pleased men, flashy and attractive. The ugliness of womanhood to be ours in private.  Seven days of the week, the blood which we should have thrown up on the manly world filled with war and money and politics and advertisements, we would quietly shed from below without anyone seeing so that our mysterious womanhood which was inspiration for their literature and art and knowledge and politics, not be diminished. The monthly period, seven days of unsightliness and ugliness, neither worthy of holy figures nor of cinematic stars. Seven days of sole womanhood, forbidden to bed and love and mosque. Seven days of creation.

It is now twenty three years since I became a complete woman. I went to school and throughout the month I work as much as men do to make a living and it is only during these seven days when I recall my being a woman. I embroider my sanitary pads, delicately, womanly and tastefully. I embroider my dailies, a watch, spoon and fork, a dead fish, money, birth certificate and newspaper headlines so that golden embroidery around the blood stains… I embroider and men still die in wars.

I wanted to call it Puberty. When it remained unfinished I named its folder the Unfinished Series and now I call it Unfinished Puberty although maybe I’ll finish it with the excuse of an exhibition on the other side of our borders. Twenty three sanitary pads embroidered carefully in golden frames, flashy and attractive. They like this kind of work, works which we (Easterners) can’t exhibit in our country, they call them “underground” and maneuver them to tell their own without looking for the why of their non-exhibition or remembering that they too do not exhibit certain things. They know very well how to make an advertising toy out of anything. And if it has a womanly feel due to the term “feminism”, it is then separated from human concerns and only the political advertisements of an Eastern woman are associated with it. I proposed this series to several foreign exhibitors. They too did not show it. The sky is the same color everywhere. They too want works from Easterners which smack of being Eastern and objection and limitation and … to be shown in museums as contemporary Eastern oddities which apply to different tastes. Unaware of the fact that humane words have no geographical borders and boundaries and at any rate the sky cannot be seen from underground. 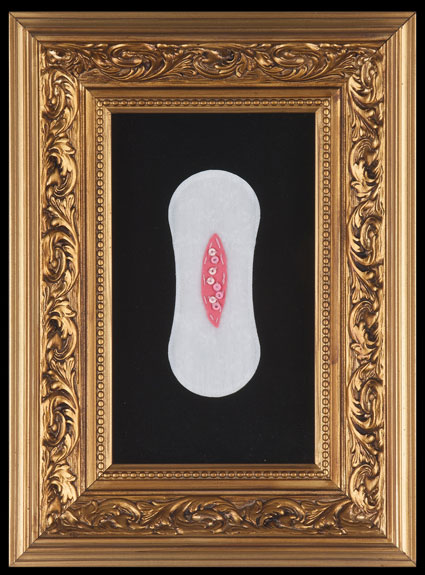 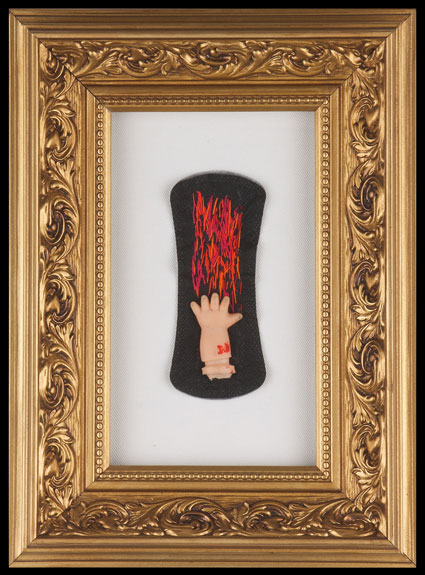 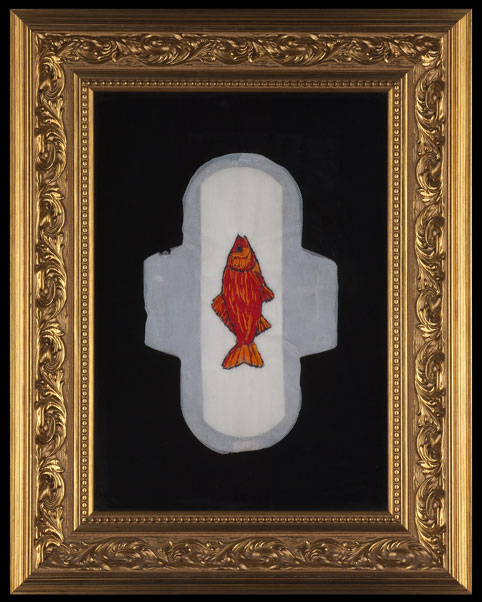 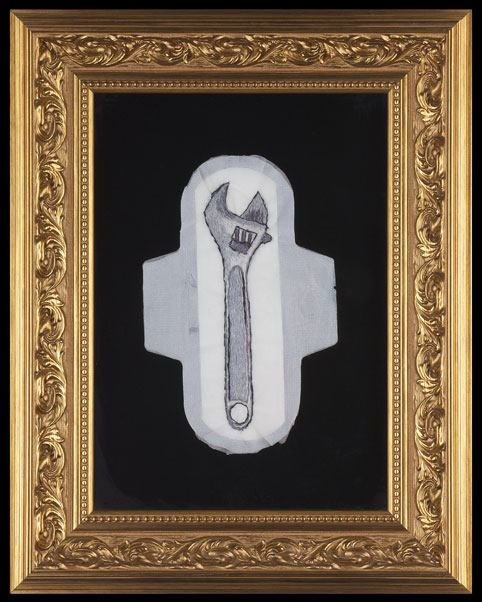 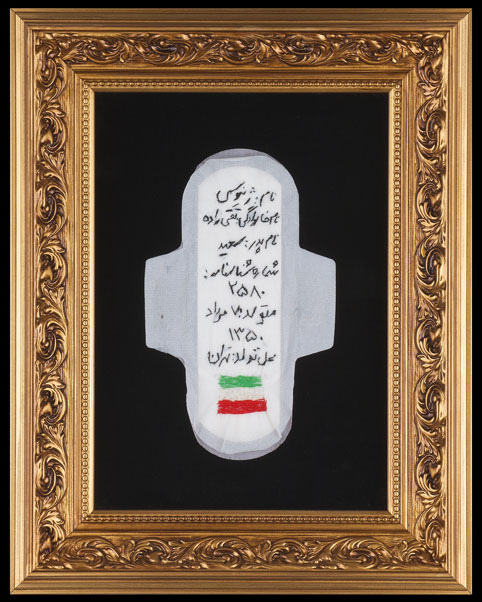 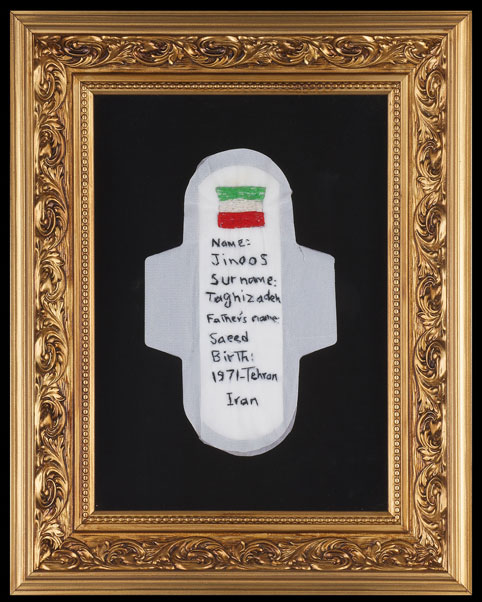 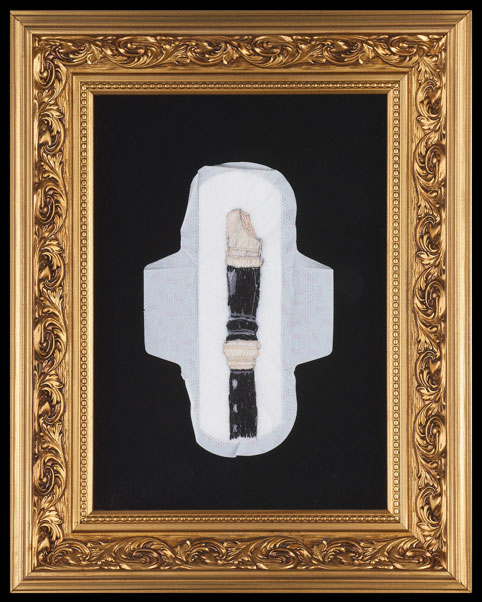