They are the visual memory of a nation. They record moments of victory, what has been built or brought to fruition. They commemorate those deemed great or those who have done great things. They preserve what we have and what we no longer do. They stand for that which a nation, a generation or a sovereign leaves behind within a frame of time and is proud of it. Stamps, these small pieces of paper with their perforated edges, are the official memory of a nation. They are the proud ambassadors of their time. 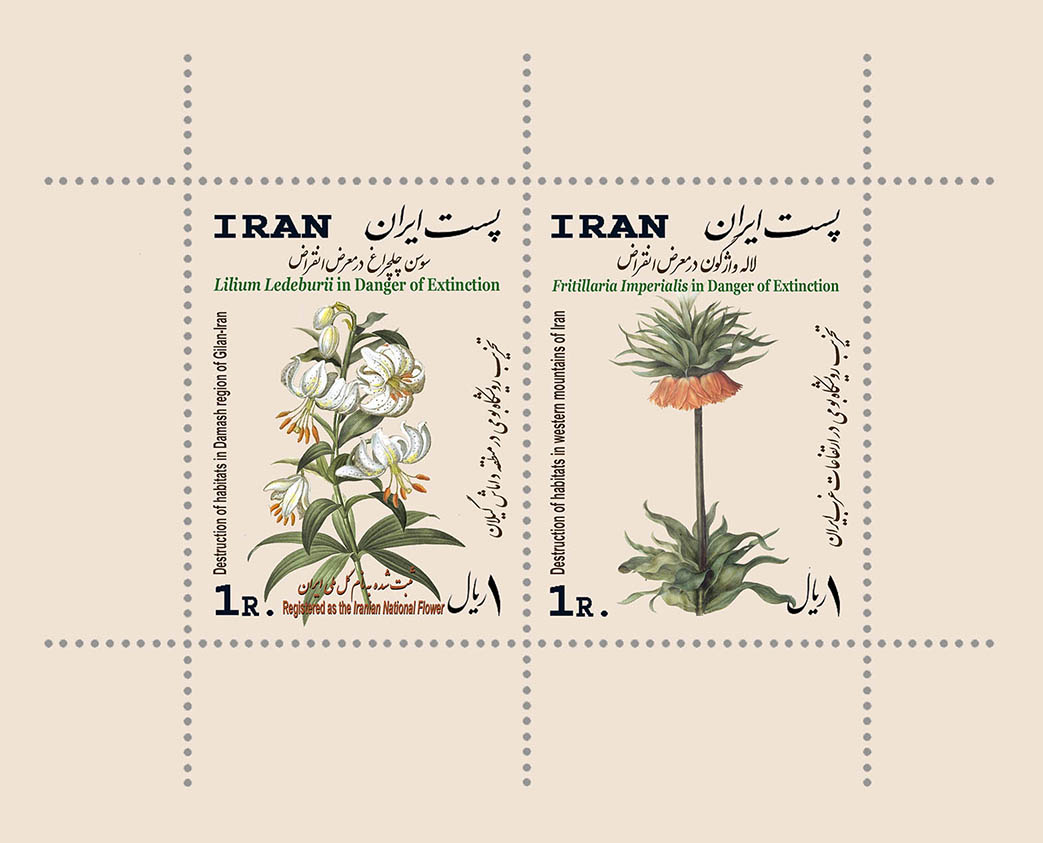 Since I started writing — writing letters — at the age of 7, I have been hard put finding stamps that hinted at the realities that I had witnessed. The current reality, the unofficial current reality, that pointed to destruction, extinction and silent deaths. My memory has always pointed to the destruction of which ancestors have tried to preserve, and to the things that have been lost more than those that have been gained. These are the stamps that befit the times that we are living in, for friends that live afar, and for the letters that I have never written. For me, the documented, official truth, is that helpless panther or deer, on the brink of extinction, due to the carelessness of their custodians, and the foolishness of the people. The dams, refineries, and the “glorified” projects, which on the surface, are the symbols of development, however, they have brought us no gift, but the annihilation of our cultural heritage and our ancient monuments (in which, we so much pride ourselves); as well as the deterioration of our environment, by destroying the grand oak and poplar forests, and through polluting our aquifers, and by useless disturbance of the harmonious lives of the natives and their surrounding nature. The intellectuals and luminaries, who have either, died in exile, disrespect, and silence, without ever receiving their dues through some commemoration; or that they have been the victims of ideological prejudices and petrified politics of the all powerful official forces. The letters which I did not write as I was reticent to open painful memories of what I had witnessed in these years of murder and persecution. My heart was not able to express to those dear ones, afar, how the law, in this land, orders the stoning and the massacre of the youth. No, neither the heart could express, nor the hand could write.

Now, on the back of the official stamps with unlimited print runs, I record my own unofficial memory, in limited editions. One hundred stamps of either in ones, twos or fours, in ten editions (can the share of this unofficial memory be more than this?), except a single stamp of myself with no editions, bringing the total to 1001 stamps, a number commensurate with the story that I am telling, for storytelling is my profession, be what it may when the morning comes.* I document so as not to forget what has befallen us and me.

* I am of course referring to the One Thousand and One Night tale in which the storyteller Shahrzad saves a victim with her stories each night that she keeps with them. 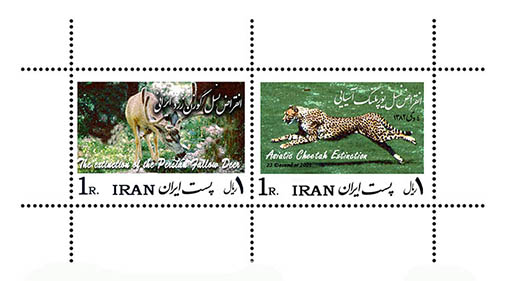 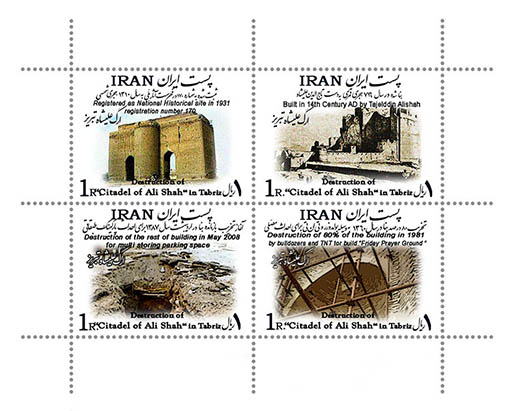 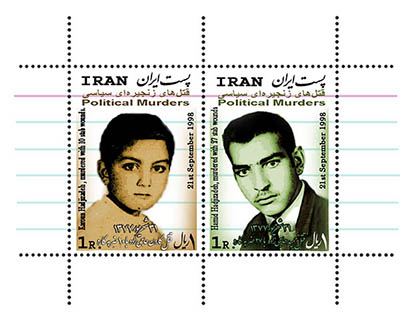 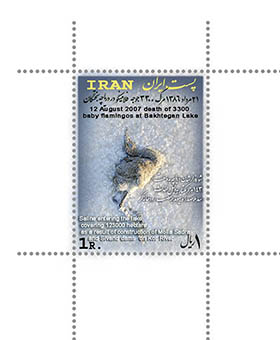 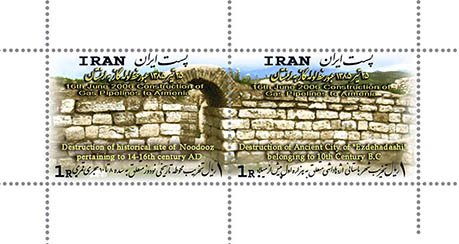 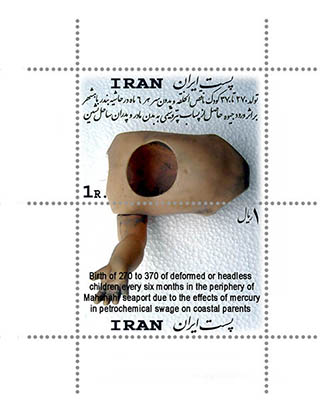 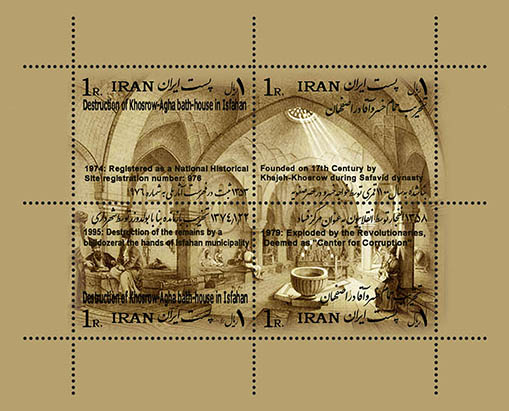 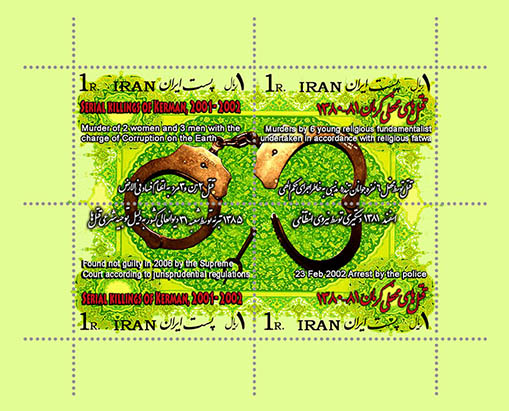