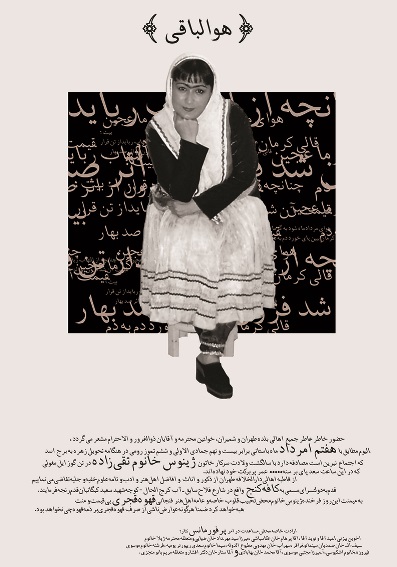 For seven months, on the seventh day of every month, and twelve hours for every performance, for a whole day which takes place in a cafe. In a secluded and quiet cafe, Konj, which was not the hangout of the artsy (but after these performances it so became), people would go there to meet someone over a cup of coffee.

I have a cage on my head, with a smile on my lips in complete silence. Twelve hours. A small tape recorder in front of me which plays the chirping of a small canary. I am selling slips of papers — Hafez divinations. In Tehran, walking to a place, or waiting at the red light, you will see a man or a boy carrying a cage. In the cage is a bird who, upon order, picks a slip on which appears a poem of the great lyrical poet is printed. People pay and the bird picks the augur.

Thousands of books wrapped with color yarn are piled up all over the cafe and colorful balls are scattered on the floor. I am sitting and reading out loud from a book whose every other page is a classic of world literature — Conference of the Birds, Faust and The Little Prince, One Hundred Years of Solitude, Master and Margarita, The Advantages of Vegetarianism (by contemporary writer Sadeq Hedayat) for twelve uninterrupted hours.

Right before the Iranian New Year in spring (Nowruz). As tradition calls, I put a goldfish on every table — large fish in small bowls. One dies in the morning. I start drawing it. I hang the drawing on the wall. The fish appears dead when vertical: unlike humans, who are standing when alive and dead when horizontal. Until nightfall thousands of sketches of the dead fish were on all the walls and the furniture of the café. Sometimes customers would pick up pen and help me with the sketches. Some gave life to their drawings by hanging the fish horizontally.

It is during the days of America’s attack on Iraq. Our old wounds have festered and we now commiserate with those who we one day considered our enemy. I start bandaging everything in the café, from the tables and chairs and tableaux and lamps to the cups and customers and their things, the railings and the tree opposite the café…. Everything. We are deeply injured, it appears.

With wings made of an iron mesh and cotton threads, I roam around in the café holding a suitcase made ready for a distant journey. An old suitcase with my childhood doll, my musical instrument, my writings, a small vase…. I tell the people of the café that tomorrow I am leaving for heaven, that if they have any messages for loved ones they could send them with me, with an angel with red eyes. The younger people immediately think that I have been granted a visa for the USA. For them heaven and the Yankee World are synonymous. Older ones fear that I may want to commit suicide. The US and death  closely follow on another. Others write to God or their departed ones… or anything heaven may be to them.

A plaster model of my hand is on all the tables. I have a white mask, made of my face and over my face, and am sitting across from my plaster hands. I do things, something like an unfamiliar ritual. I speak to café customers through mudras… and they too do the same, a quiet dialog, which makes its own rules as it speaks. Several people where there because their wishes from the previous month had been granted. I was some sort of a witch to them. A woman came and wanted me to cure her ailing child. I had become a Shaman. Long live Joseph Boise!

It is the seventh of Mordad (29th of July). My birthday. I have filled the city with ads from a week before, an image of myself, with a Qajari prose, in the garb of a Qajar woman, who would invite everyone to drink Qajari coffee — coffee laced with poison. It was free. The Qajars invited their enemies and give them poisoned coffee, the most hospitable kind of death. In the ad and on that day I warn the crowd not to drink the poisonous coffee on my birthday. That they should drink coffee at their own risk. Those who drank my coffee optimistically become house-bound for at least ten days. The coffee was truly poisoned but not to kill. They could have heeded the warnings and not drank. I was with them for seven months and I gained their trust. I could do anything with that trust, even invite them to their death. 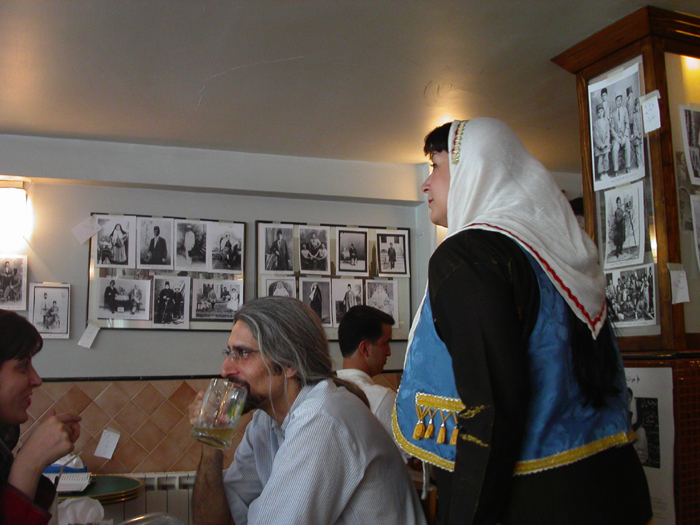 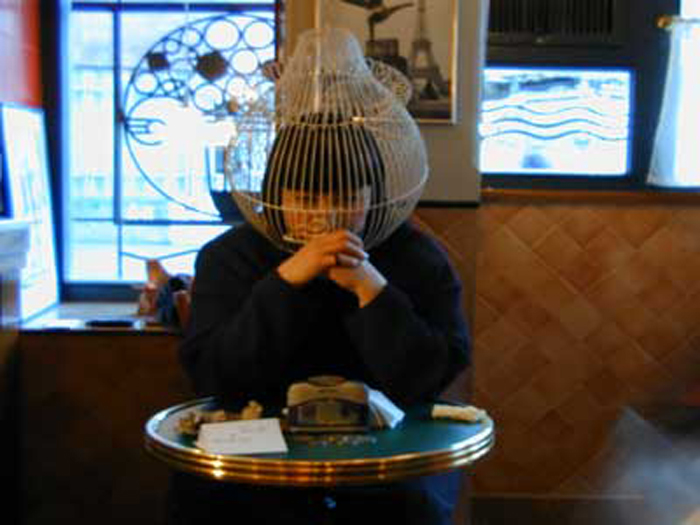 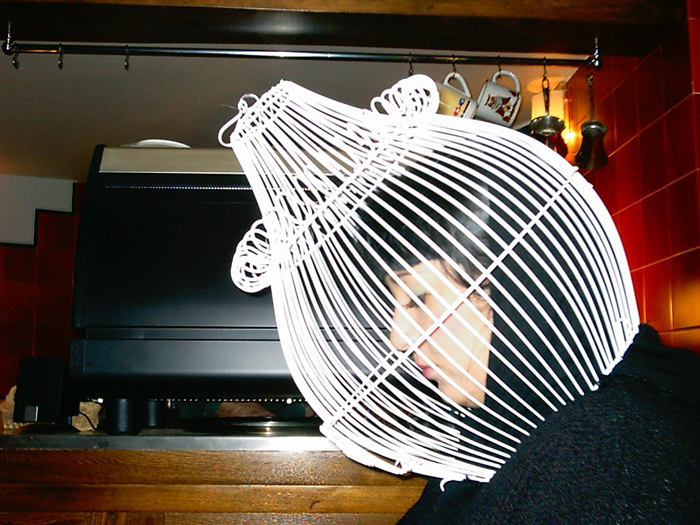 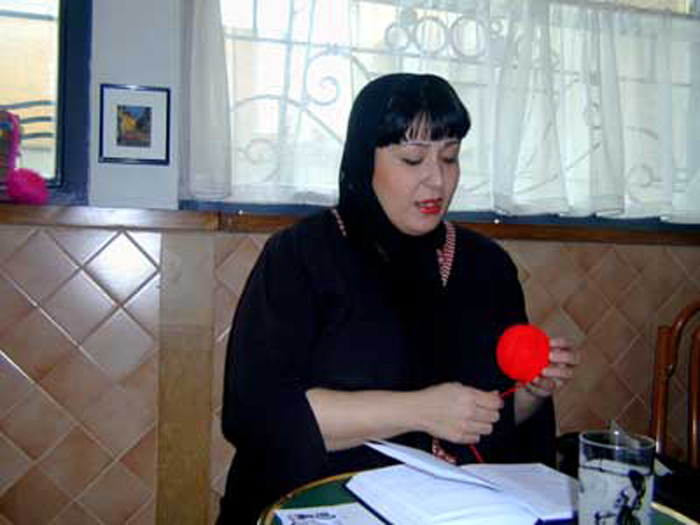 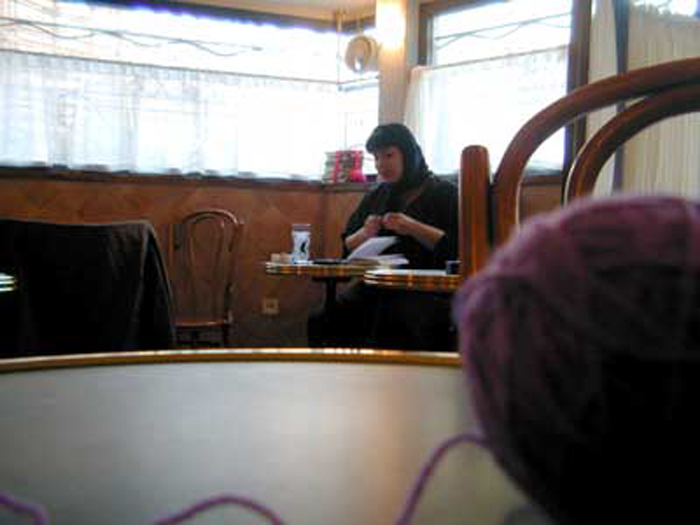 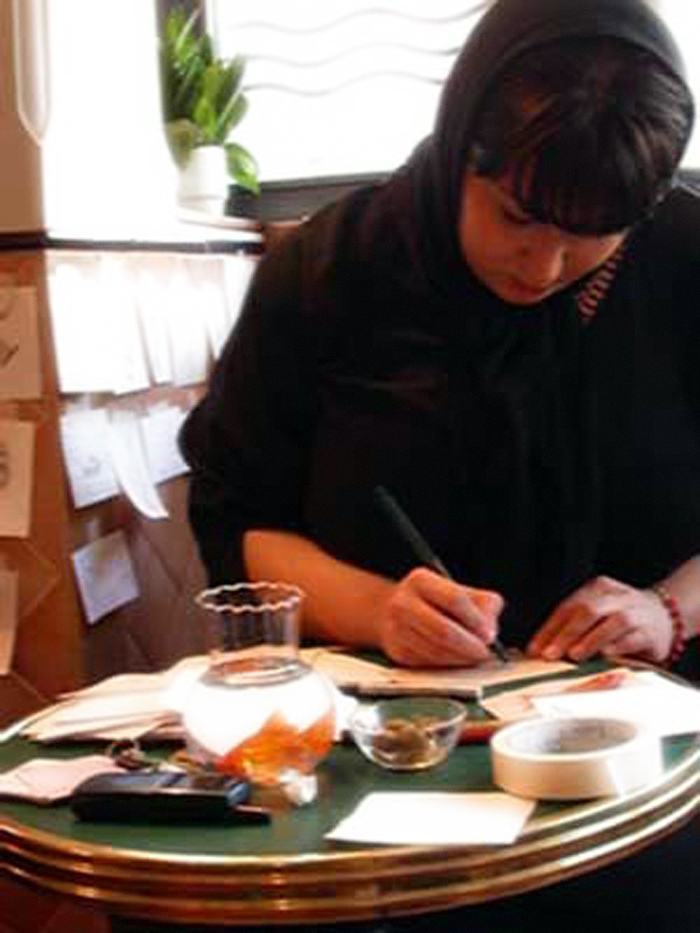 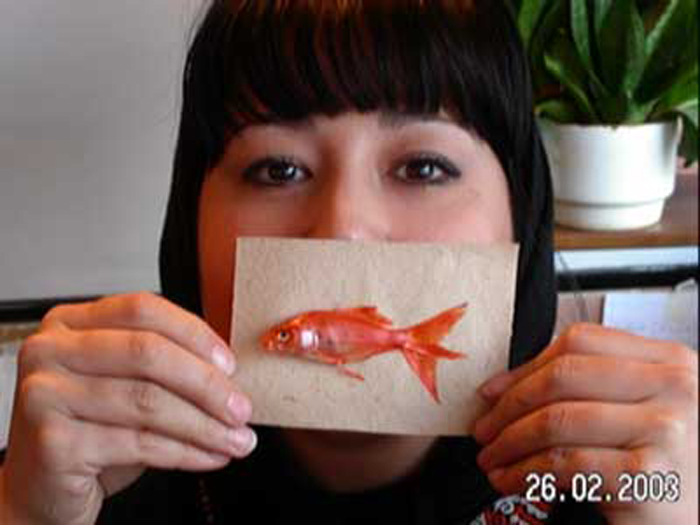 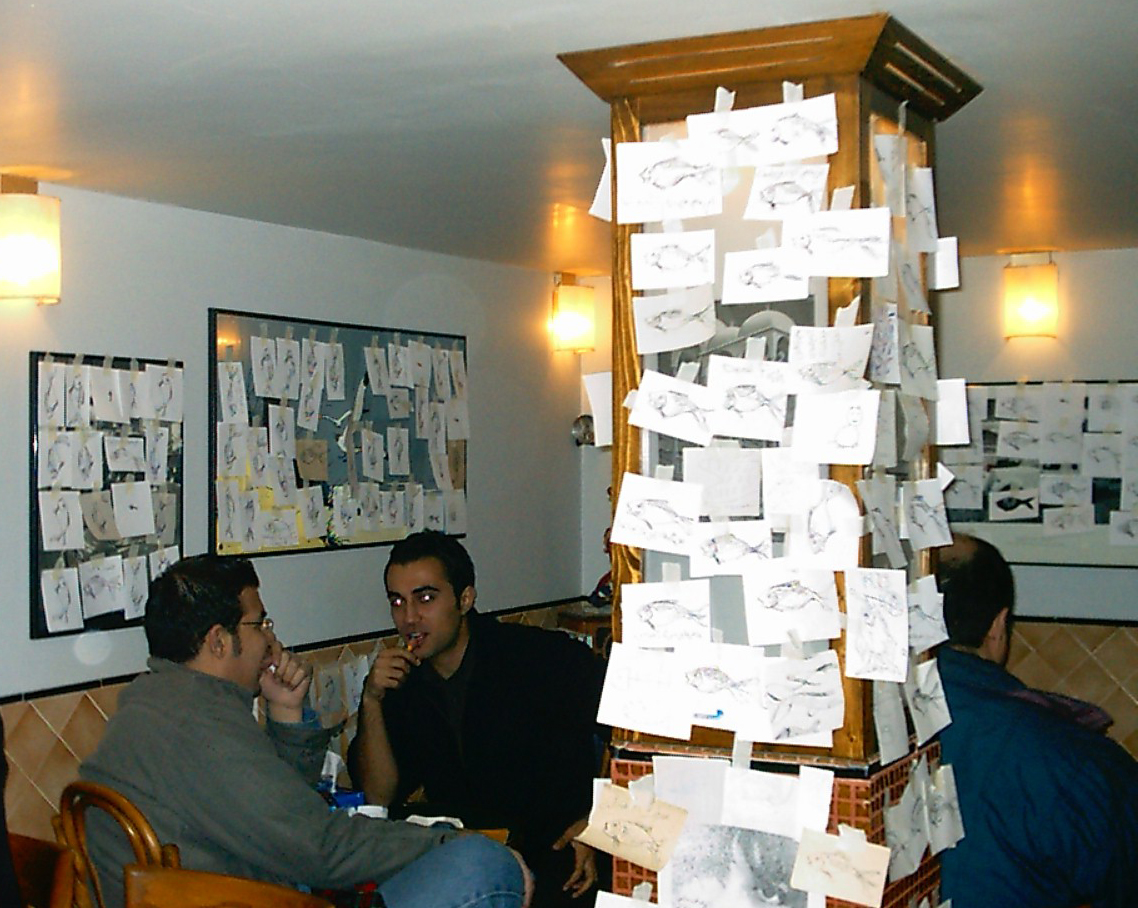